Preparation of the training package in Kiribati 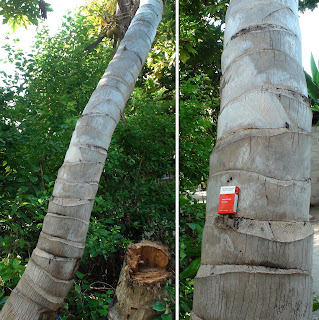 In some part of the South Tarawa atoll, villagers are planting Tall-types varieties that sometimes grow incredibly fast. A palm was measured with a length of 10 internodes of 182 cm (distance between 11 leaf scars taken at 150 cm from the ground), and that is among the highest values never recorded.
When such a situation occurs, villagers often destroy this kind of palm when young, because it is not adapted to their needs. Probably it is too hard to climb and dangerous for the house. It seems that, when planting the seedlings,  they cannot predict which coconut palm will grow fast and which will grow normally. These very fast growing palms could be the result of an introduction of Tall-types from the Solomon Islands.


Around the base of the coconut palms 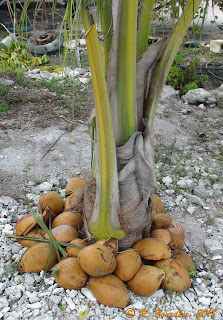 Coconut husk are sometimes used to protect and fertilize the young coconut palms.


Here under is a short movie about planting technique made in Tarawa Atoll, Kiribati islands.

Stem damages linked to traditional medecine
The expert initially thought that this stem holing practice was a kind of "treatment of the lazy coconut palms" as explained on this website for Solomon islands and Mozambique. It seems it is only linked to traditional medicine. Portions of stem are removed almost always on the same way, a rectangular portion sampled at the same height, but more or less deeply holed. 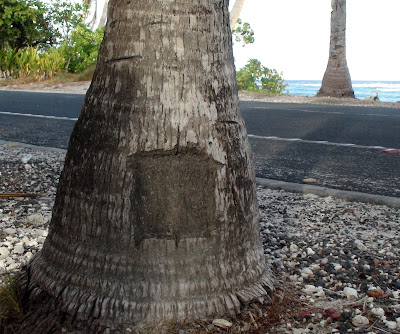 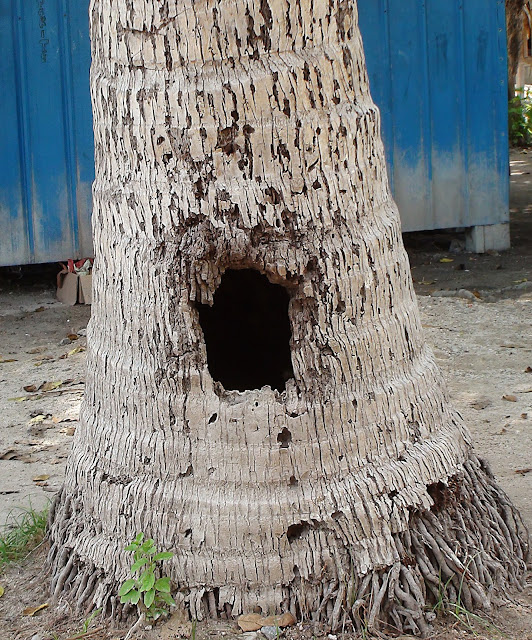