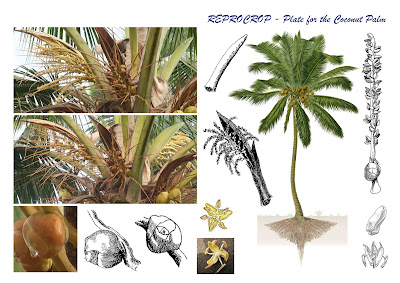 Coconut palms can therefore self fertilize. The frequency of self-fertilization greatly varies depending on varietal types. Most Dwarf types reproduce by self-fertilization. In Tall-types, within the inflorescence, all or most of the male flowers ripen and fall before the female flowers become receptive. In this case, the pollen that fertilizes a palm generally comes another palm. There are also possibilities for fertilization between two successive inflorescences on the same coconut palm : the pollen of the new inflorescence will fertilize the female flowers of the former inflorescence (Bourdeix et al., 2015). In Côte d’Ivoire ; farmers are mostly planting Tall-Types and Dwarf x Tall hybrids. The coconut palm is both male and female. Each coconut comes from a mother and a father, most often distinct from the mother. A coconut bunch generally have a mother and several fathers. 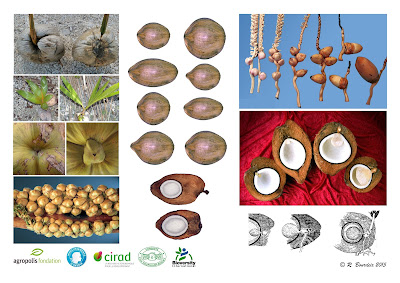